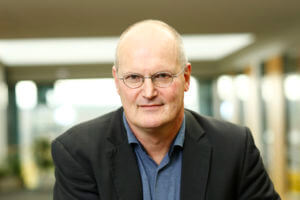 Matthias Huff completed his doctorate in German Language and Literature Studies at FU Berlin in 1993. From 1989 to 2000 Matthias worked as a TV producer, author and reporter at ZDF Berlin, involved in news programmes such as “heute” and also in children’s and youth programmes such as “logo!” and “pur+”. In the year 2000 he joined KiKA, the German children’s channel of ARD and ZDF, filling the position of Head of Nonfiction.